Founder and Board Member from Seed to Exit in Six Years

by Samuel Dinnar
The life of entrepreneurship is one of negotiation, innovation and leadership. As we celebrate our Ready4 exit, we have some time to reflect on the six-year journey. Looking back on the road from seed to exit, I can see how we benefited from a strong founder-board relationship. Together on this journey, we faced technical complexity, market uncertainty, fundraising tensions and partnerships drama. We were tested by this intensive roller coaster ride, going through some emotional highs and lows while confronting core issues of values, priorities, ego and identity.

I met Elad six years ago, and we immediately found an affiliation and shared values. We realized that we both grew up playing basketball, graduated from the same university, were sons of educators, competed at the international sports level, and had industry-successes as engineers in industry before attending a top-tier business school. After he made his pitch, we passionately explored how his idea could be made into an education company that would help aspiring students improve their chances of college-success by using their mobile phones to prepare for the acceptance tests. On the user experience side, we imagined how we could create an engaging user-interface for a mobile application with an affordable price. On the technical side, we were both passionate about the potential of using cutting-edge deep-learning technologies that would be automated and personalized to each individual’s learning-style, no matter where they were in the world. We were excited. This could really “democratize” the whole test-prep market. 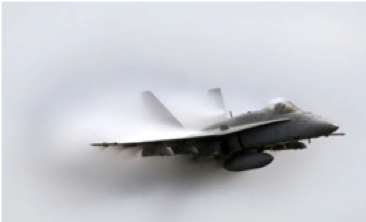 I was hooked. It didn’t matter to me that when I played around with the prototype, later that same night, I found bugs, faulty answers and had the software crash twice. I had enough experience, and dealt with enough prototyping efforts, to be able to see beyond the current failures. I felt confident that Elad has the qualities of both a passionate founder and a charismatic leader, and skills to understand both the market and required technologies. Together, I could envision how we would be able to build a team and develop a strategy to address the expected challenges that lie ahead, as well as the unexpected ones.

For five years under Elad’s founder-CEO leadership, we travelled through the start-up stages: from idea to seed to an early start up stage, and then to revenue-generation, growth and expansion. We grew from developing one app to over a dozen. We expanded our revenue from one stream to several. We adjusted our business focus and pivoted. We hired people, fired people, raised money, made some good deals, made some mistakes and did a lot of learning on the job. Early on, I took on the role of founding board member, initially working in the office several days per month. Over time I assumed a more formal board member position alongside the other talented and experienced venture capitalists who invested in the A-round and B-round financings. We saw the company win awards and fulfill the original vision, exceeding 2 million students in over 150 countries!

A start up has many highs and lows, and an exit can come at any moment. After five years, and recovering from another challenging startup transition moment, we were emotionally ready for the next move: allowing the technology and company to benefit from the resources of a larger strategic player. We initiated a formal process to explore selling the company using advisors and bankers. When the offers were not what we expected, Elad committed to the stakeholders to work hard and get a better offer. Using the relationships and trust he had developed over the years, he negotiated as a founder-CEO who is looking for a good home for his company, directly with other founder-CEOs. This proved a successful strategy, and we sold the company to a large strategic player with complimentary expansion plans.